Our Christian values for this term are Justice, Forgiveness and Hope.

We all learnt so much in our fencing workshop while having lots of fun.

Our Street Dancing workshop was fantastic. Thank you Kate!

On the 5th of May, our Castle Camps Netball Team participated in another netball tournament (The Plate Final) at a new destination- Comberton. Having had to cancel the tournament twice already, due to bad weather, we were all extremely excited to play. Thankfully, the weather was fine and we had a lovely sunny evening at Comberton. The team came 9th in the end but they received certificates and their coach (Mrs McFarlane) was very happy with their results and hard work.

By Natasha, a member of the netball team.

On the 3rd of May 2016, some of the year 5 and 6s went to Cambridge United’s football stadium to play a thrilling 5 a-side football tournament. There were also 30 other schools there! Every single game we played was eight minutes long with end to end football. For this competition there were four stages, like there are for every football competition, these were: a group stage, a quarter final, a semi-final and then the FIIIINAAAAL (which we didn’t get to sadly). At the end of the tournament every team got a well-deserved medal. Next year (if our football team win the Linton Area Tournament) we hope they will also be invited to play at Cambridge United Football Club. We hope next year’s year 6 will work really hard as a team as this was an amazing opportunity.

By Harvey and William

The A team
We loved the experience!
Thank you Mr Pagram
Our medals will help us remember this day forever!

During March, Class 5 started to do orienteering as part of their PE; we learnt how to accurately use a compass. We also learnt how to end up in the correct destinations, using our partner’s directions.

Our Author visit at LVC

We were all looking forward to it!
Joe signed the books we bought
We loved the jokes he told us

Votes for women!
The importance of having a say
The introduction of the ten hour day bill
What work in the mines was like for children

Happy New Year! We started our fairground topic this afternoon by building our very own fairground rides. "It was loads of fun!" said Natasha.

Deer Class wrote Christmas stories to read to their buddies in Hedgehog Class this week. Having enjoyed creating their Christmas story books they loved reading them aloud.

As part of our Spanish day we made maracas following instructions in Spanish. It was quite challenging but we really enjoyed working with the rest of KS2!

Our trip to Saffron Walden Museum

We hope you enjoy our recounts...

Look at how much we enjoyed Mrs McFarlane's cup challenge on our first day as Year 6s!! 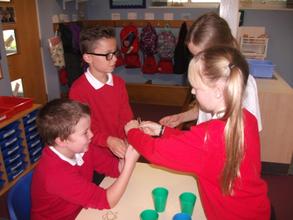 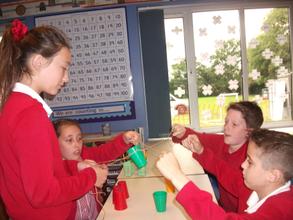 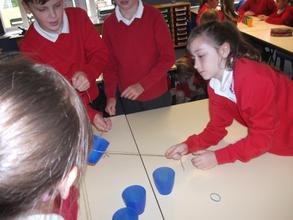 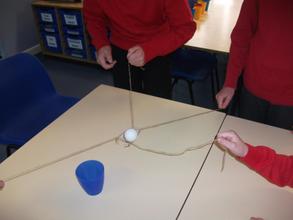 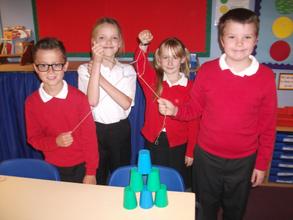 Class Newsletters and What My Child Will Be Learning